CBD has taking the world by storm. Everyday thousands more discover its many uses and experience the positive benefits of a daily dose of CBD.

“nature’s miracle drug,”Cannabidiol but like most of us know it as CBD. CBD is produced from cannabis plants, or hemp but does not contain any THC,Though researchers have only begun to discover all that CBD can do for the body, the little we know is pretty impressive.it has been proven that CBD has alot of health benefits.CBD is a naturally occurring compound derived from hemp or marijuana plants, it has been confirmed to affect the endocannabinoid system in reducing pain and a variety of other symptoms and health problems. 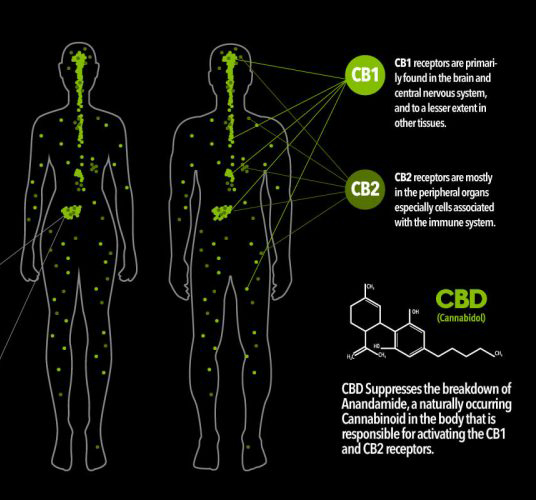 All cannabinoids, including CBD, produce effects in the body by attaching to the cb1 and cb2 receptors. CB1 receptors present mostly in the brain. CB2 receptors are more common in the immune system.

The Endocannabinoid system is responsible for keeping a whole host of functions of the human body regulated.

the body works continuously to keep things within safe boundaries in the body – not too much, not too little, not too high and not too low. In fact, just right!

Endocannabinoid deficiency is a condition, where the human body does not produce enough endocannabinoids to keep the body in good working order. Medical researchers believe that this could have an impact on a number of conditions.

The more our customers can learn about CBD...the better. Illegal Brands tries to inform our customers about every aspect of CBD. Take your  knowledge to the next step by visiting our site, or visit any Illegal Burger.

We believe that CBD represents the future of personalized medicine to help with many health conditions and improve the quality of life.